The Solheim Cup is coming to Bernardus

We are pleased to announce that the largest women’s golf event in the world, the Solheim Cup, will be held in the Netherlands for the first time, at Bernardus Golf in 2026.

The Solheim Cup is a professional golf competition played between two all-female teams from Europe and America. Held bi-annually the 3-day event has grown into the most highly coveted team trophy in women’s professional golf.

It is the female counterpart of the Ryder Cup. The 2021 Solheim Cup, held in Toledo, Ohio, attracted 130,000 spectators to the course and was broadcast to 239 countries. This makes the Solheim Cup the largest women's golf event in the world, which alternates between being held in the United States and Europe.

Due to the format, the Solheim Cup is unique, placing professional golfers from different countries together in teams to represent continents, rather than individual countries, in one of two powerhouses America or Europe. The tournament, therefore, turns rivals into teammates, eliminating borders to unite players, fans, and patriots.

Bernardus Golf is proud to have been chosen, as the Netherlands is a small golf country when compared to other European counterparts, by the organizers of the Solheim Cup to host this unique event. The Solheim Cup is yet to be hosted by big golf countries such as Spain, France and Italy. 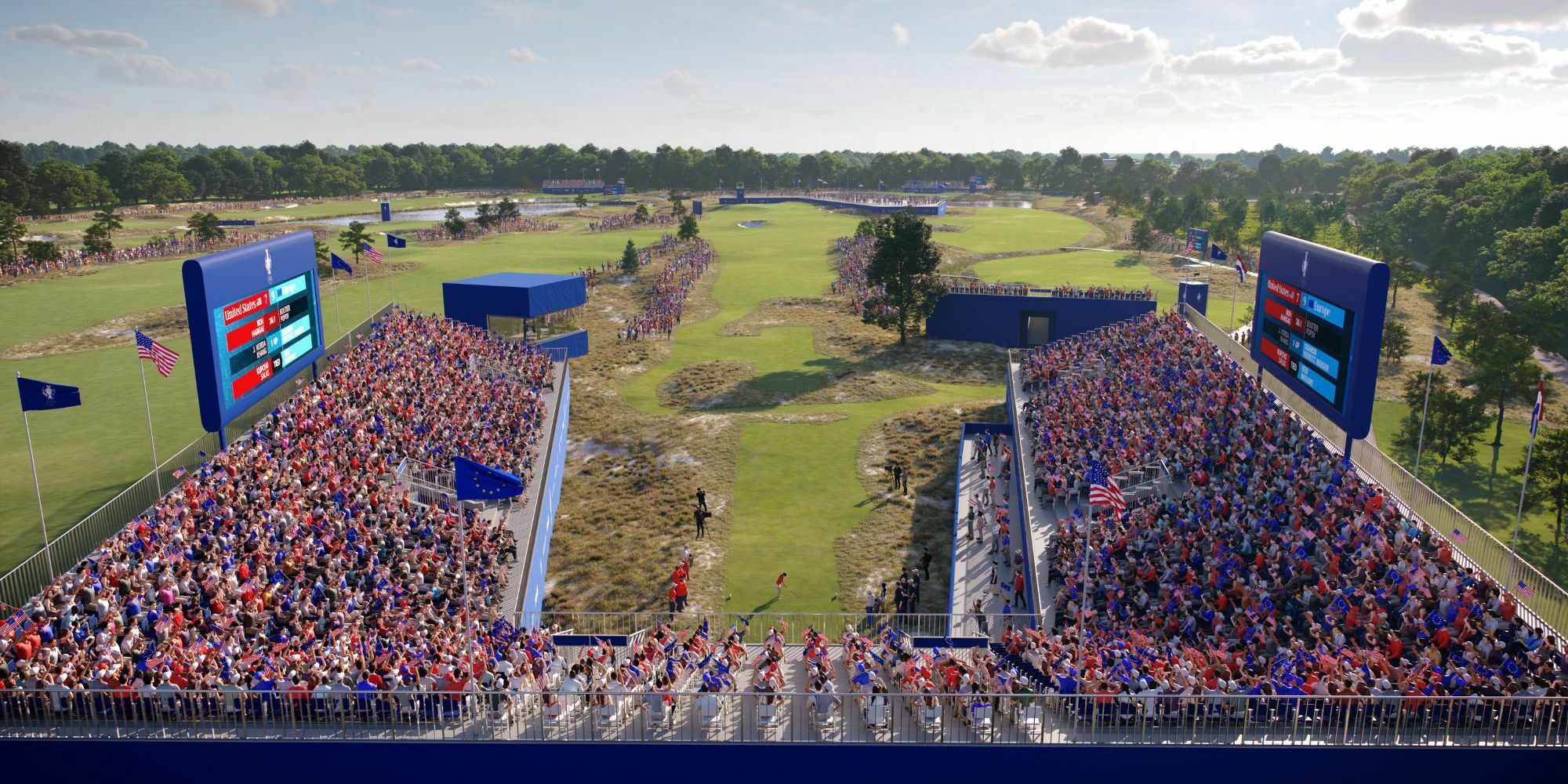 Bernardus Golf and the Solheim Cup share the same values and vision, striving every day for the highest quality in all its operations.

What’s more, hospitality is Bernardus Golf’s top priority, proving more than just a day of golf, instead, an experience that creates key memories for our members time and time again. The Solheim Cup will create more memorable moments with Bernardus that won't be forgotten.

Want to test out the course before the Solheim Cup arrives at Bernardus?